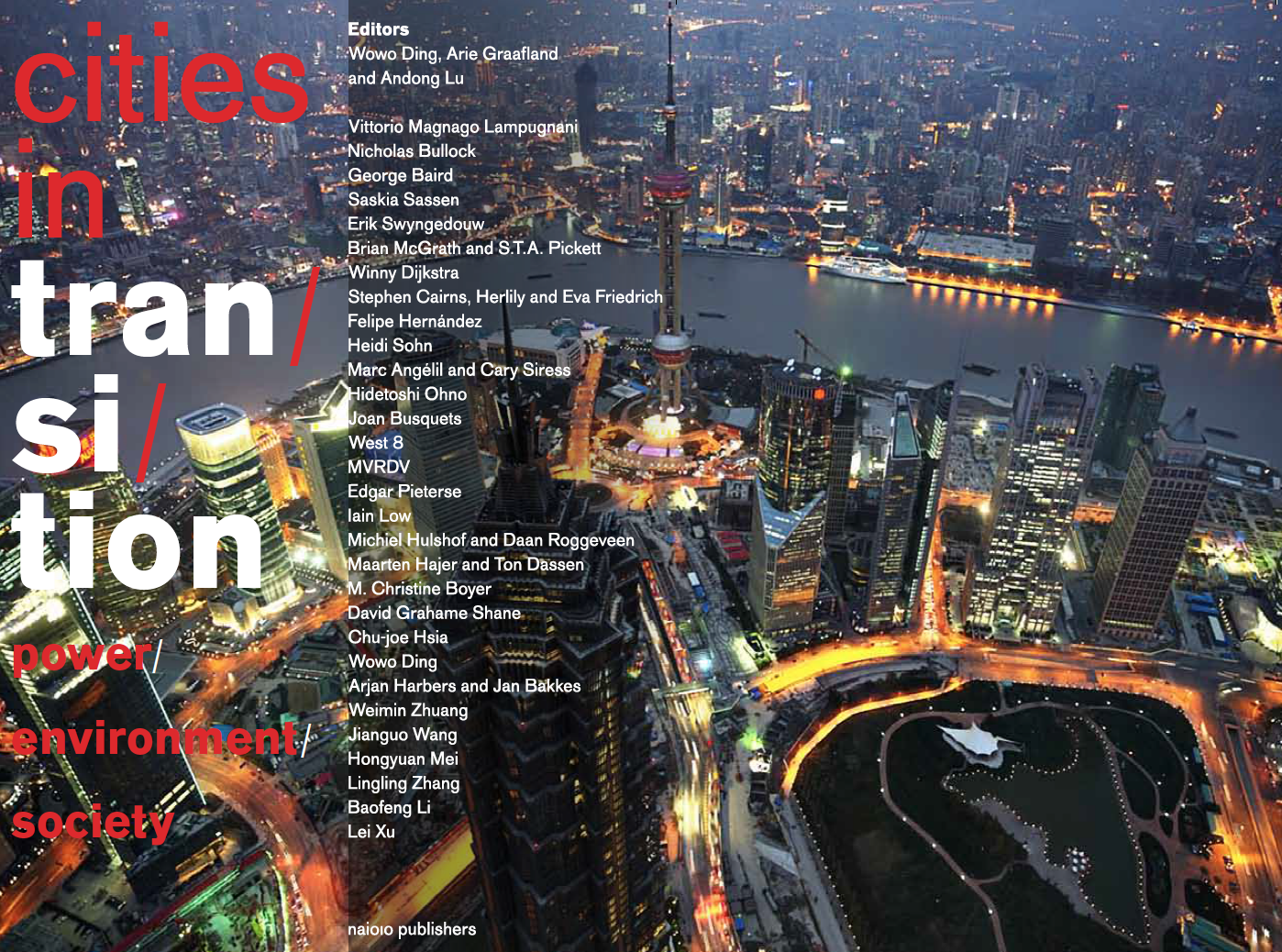 At the moment, half of the world’s
population lives in cities. Within two
decades, this figure will increase to 60
per cent. Extreme wealth and extreme
poverty occur alongside each other, but
cities remain magnets that attract huge
masses of people. For many, cities offer
the opportunity for work and income,
education and better facilities. Using
seven different themes, this book offers
an intriguing picture of these developments
and of our global future.

Cities in Transition investigates the
recent urban and political-economic
developments in North America, South
America, Europe, South Africa and China.
It features contributions by more
than 30 experts in the field, including
Saskia Sassen, M. Christine Boyer,
Vittorio Lampugnani, Erik Swyngedouw,
Marc Angélil, Joan Busquets, David Grahame Shane,
George Baird, Maarten Hajer, West 8, MVRDV and many others.
The book closes with the urban developments in China,
with the urgency of education and research formulated
by six deans of influential Chinese universities.

More info or if you want to buy the book:
http://www.nai010.com/citiesinstransition